At the forefront of forensic science 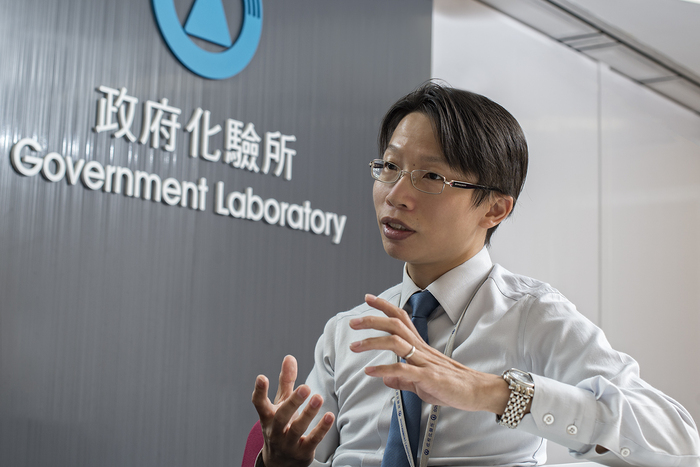 Dr Stephen Ip Chi Yuen switched from research in DNA repair machinery to forensic investigation at the Hong Kong Government Laboratory in 2009. Since then, he has enjoyed his daily work as a forensic scientist serving the local community, while actively publishing in the field of forensic science.

Ip has been working as a chemist in the Forensic Science Division at the Government Laboratory since summer 2009. His duties include sample collection at crime scenes, analyses of evidence, particularly biological materials that have been collected, and making deductions about what had exactly happened. “Forensics is about establishing links between the criminals and the crime,” he explained. “For instance, we work with the police force on burglary, rape and murder cases, and the customs and excise department on drug cases. Sometimes, I appear in court as a forensics expert witness, to explain how the evidence objectively provides proof of the criminal act. Examples include DNA, shoe impressions, blood stains and blood splattering patterns.” Ip’s eyes sparkled as he described his interesting and meaningful job serving the community.

“From sampling, to processing, to analysis, each step is critical, as we could not only convict the guilty but also acquit the innocent, just by the trace evidence left at the crime scene.” As such, Ip is also actively involved in research to improve the methods in forensic investigation. He proposed a DNA profiling strategy to maximise DNA retrieval from samples with significant DNA degradation (Science & Justice 2014) and devised a DNA extraction approach to maximise DNA recovery (Science & Justice 2015). His upcoming publication is about DNA quantitation methods to determine accurate amounts of low level touch DNA evidence for subsequent profiling. Ip is also studying how the latest high-throughput next-generation sequencing technology can be applied to determine phenotypic traits from genotypic data for forensic investigation, and also the analysis of mitochondrial DNA, which is often preserved with better quantity and quality from disaster situations, such as explosions and plane wreckage. In addition, he is currently studying fingerprint treatment methods in collaboration with the police, which will hopefully lead to practical forensic applications that are beneficial in the local context.

Reflecting upon his time spent on research overseas, Ip would like to thank the Croucher Foundation for the amazing opportunity to study at the prestigious University of Oxford, and the inspiring experience to work with internationally recognised scientists in the UK, where he achieved a major scientific breakthrough in the identification of the human Holliday Junction Resolvase. Now that he is serving the Hong Kong community as a forensic scientist, he hopes to continue contributing to scientific research and discovery that benefit mankind.

Ip began his research career as a molecular biologist at the University of Hong Kong, and developed his research interests in the mechanism of recombinational DNA repair during his D.Phil. studies in Prof. David Sherratt’s Lab at the University of Oxford. He received the Croucher Scholarship for Doctoral Study in 2002, the Domus Research Studentships at Linacre College (2002) and the Hong Kong Oxford Scholarship Fund (2001). Ip was then awarded the Croucher Fellowship for Postdoctoral Research in 2004 to move on as a postdoctoral research fellow with Dr Stephen West at Cancer Research UK, where he isolated the long-sought human Holliday Junction Resolvase (Nature 2008). He was presented with the Hardiman-Redon Prize in 2009 in recognition of his outstanding contribution to research in the DNA repair field.