Professor Roland Chin is currently the President Emeritus in the Hong Kong Baptist University. Professor Chin joined HKBU as the fifth President and Vice-Chancellor from 2015 to 2020. He was Provost and Deputy Vice-Chancellor and Chair Professor of Computer Science of The University of Hong Kong from 2010 to 2015. Before that, he was Deputy President and Provost (2006-2010), Vice-President for Research and Development (2003-2006), and Chair Professor of Computer Science (1992-2010) at The Hong Kong University of Science and Technology. From 2001 to 2003, he was seconded to Applied Science and Technology Research Institute (ASTRI) as Vice-President for Information Technology. Chin obtained his Bachelor’s and PhD degrees in Electrical Engineering at the University of Missouri, Columbia, in 1975 and 1979 respectively. He worked at the Goddard Space Flight Center in Maryland of the National Aeronautics and Space Administration (NASA) for two years before starting his teaching career at the Department of Electrical and Computer Engineering at the University of Wisconsin, Madison, from 1981 to 1995. Chin’s research in the areas of computer vision, image processing, and pattern recognition was recognised by numerous awards, such as the Presidential Young Investigator Award from the National Science Foundation.

Chin is active in public service. He was a member of the University Grants Committee (UGC) from 2004 to 2012, and the Chairman of the Research Grants Council (RGC) between 2005 and 2012. He held the post of Convenor of the UGC Research Assessment Exercise 2014 as well as the Research Assessment Exercise 2006. Chin has served on numerous committees in public bodies. He is currently Chairman of Science Museum Advisory Panel, a board member of the ASTRI, and a member of the Advisory Committee on Innovation and Technology of the HKSAR Government. 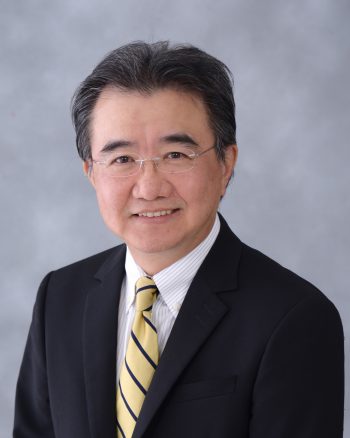