Sir Gregory is a molecular biologist best known for his work on the therapeutic use of monoclonal antibodies. His research was conducted at the MRC Laboratory of Molecular Biology and the MRC Centre for Protein Engineering in Cambridge, UK.

Sir Gregory is credited with inventing techniques to humanise rodent antibodies and, later, to make fully human therapeutic antibodies using phage display.  Previously, antibodies had been derived from mice, which made them difficult to use as therapeutics because the human immune system saw them as foreign, raising human anti-mouse antibodies that blocked their activities. Sir Gregory’s work overcame these problems. For his work in making human antibodies by phage display Sir Gregory was awarded the 2018 Nobel Prize in Chemistry.

Sir Gregory is a Fellow of Trinity College, Cambridge and served as the Master of the College from 2012 to 2019.  He was elected Fellow of the Royal Society in 1990 and received a knighthood in 2004 for his services to science.  He filed numerous patents for his work and has over the years founded several successful biotechnology businesses to put his techniques into practice. He is currently a non-executive Director of Bicycle Therapeutics. 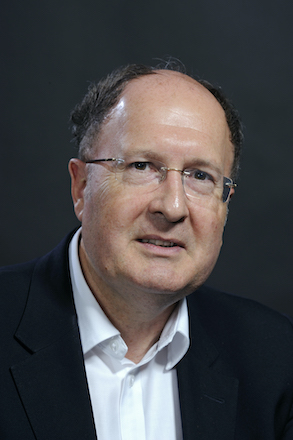