Professor T.M. Cox is the Chairman of the Croucher Foundation and Emeritus Professor of Medicine and Director of Research at the University of Cambridge from October 2015. Cox was elected Professor of Medicine at the University of Cambridge in 1988, and is an Honorary Consultant Physician at Addenbrooke’s NHS Foundation Trust Hospitals. He was elected to a Fellowship in Sidney Sussex College in 1990.

An internist, Cox conducts laboratory research into the pathogenesis and treatment of inborn errors of metabolism: he trained in London, Oxford and the Massachusetts Institute of Technology, USA. He has authored numerous original scientific articles and published a textbook entitled Molecular Biology in Medicine in 1997. Cox is also joint Editor of the Oxford Textbook of Medicine, the 5th Edition of which was published in 2010. He and his wife Susan have four children; he has musical and literary interests. 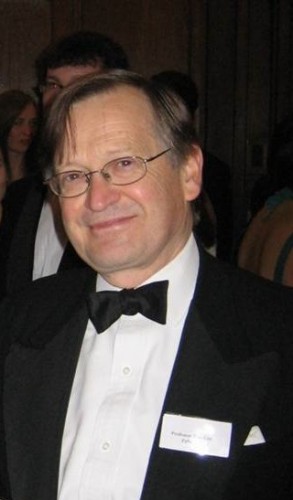