Professor Wong joined The Hong Kong Polytechnic University to head the Department of Applied Biology and Chemical Technology in 2009. He was a Chair Professor of The University of Hong Kong before the current appointment.

Professor Wong’s research interests include metal cluster and nanoparticles for hydrogen storage, X-ray crystallography, lanthanide chemistry, MRI contract agents and luminescent probes for chemical imaging. In the past ninteen years, He has published more than 390 research papers in these areas and was invited to serve as an editor or an editorial board member on nine international leading journals in the field of inorganic chemistry, chemical biology, nanoscience, and structural chemistry. He has written several key review articles in cluster chemistry and contributed two book chapters in Comprehensive Organometallic Chemistry III which is the most prestigious compilation in the field. His recent research on lanthanide luminescent materials has a seminal impact to the field of chemical imaging and has received much attention from many scientists worldwide. His work on MRI contrast agents not only generated excellent scientific papers but also carried obvious commercial potential. Three International and US patents have been granted for this work. His paper citation is among the top 1% according to the survey conducted by ISI Essential Science Indicators. His research accomplishment has led him to a degree of Doctor of Science from University of Cambridge in 2000, an Outstanding Young Researcher Award in 2001, a Croucher Senior Research Fellowship in 2002, and an Outstanding Research Student Supervisor Award in 2003, and an Outstanding Researcher Award in 2008 at HKU.

Professor Wong has successfully trained over 33 PhD graduates. Many of them are now working as professors, professional chemists or scientific officers in many other universities, a government laboratory, a racing laboratory and many drug companies. In the mentoring of young scientists, he has trained at least 7 PhD graduates that are now establishing their own research groups in Hong Kong, China and US. (2003/2004) 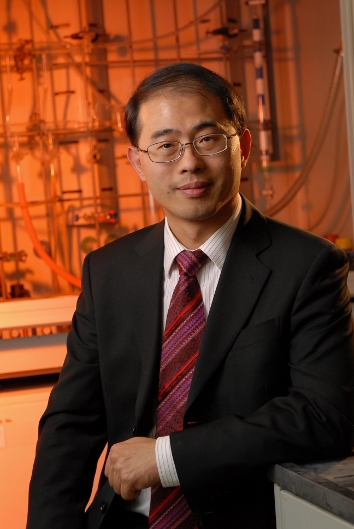