Professor Artur Ekert (born in Wrocław, Poland) is a Professor of Quantum Physics at the Mathematical Institute, University of Oxford, and a Lee Kong Chian Centennial Professor and also the Director of CQT (Centre for Quantum Technologies) at the National University of Singapore. His research interests extend over most aspects of information processing in quantum-mechanical systems, with a focus on quantum communication and quantum computation. He is best known as one of the inventors of quantum cryptography.

Ekert studied physics at the Jagiellonian University in Cracow and at the University of Oxford. Between 1987 and 1991 he was a D.Phil. student at Wolfson College, University of Oxford. In his doctoral thesis (Oxford, 1991) he showed how quantum entanglement and non-locality can be used to distribute cryptographic keys with perfect security. In 1991 he was elected a Junior Research Fellow and subsequently (1994) a Research Fellow at Merton College, Oxford. At the time he established the first research group in quantum cryptography and computation, based in the Clarendon Laboratory, Oxford. Subsequently it evolved into the Centre for Quantum Computation, now based at DAMTP in Cambridge. Between 1993 and 2000 he held a position of the Royal Society Howe Fellow. In 1998 he was appointed a Professor of Physics at the University of Oxford and a Fellow and Tutor in Physics at Keble College, Oxford. From 2002 until early 2007 he was the Leigh-Trapnell Professor of Quantum Physics at the Department of Applied Mathematics and Theoretical Physics, Cambridge University and a Professorial Fellow of King’s College, Cambridge. Since 2007 he has been a Professor of Quantum Physics at the Mathematical Institute, University of Oxford, and a Lee Kong Chian Centennial Professor at the National University of Singapore. For his discovery of quantum cryptography he was awarded the 1995 Maxwell Medal and Prize by the Institute of Physics and the 2007 Hughes Medal by the Royal Society. He is also a co-recipient of the 2004 European Union Descartes Prize. He has worked with and advised several companies and government agencies. He has served on several professional advisory boards. 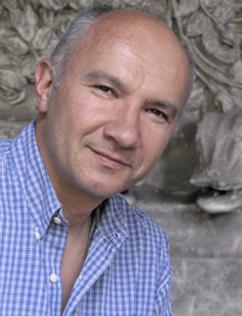